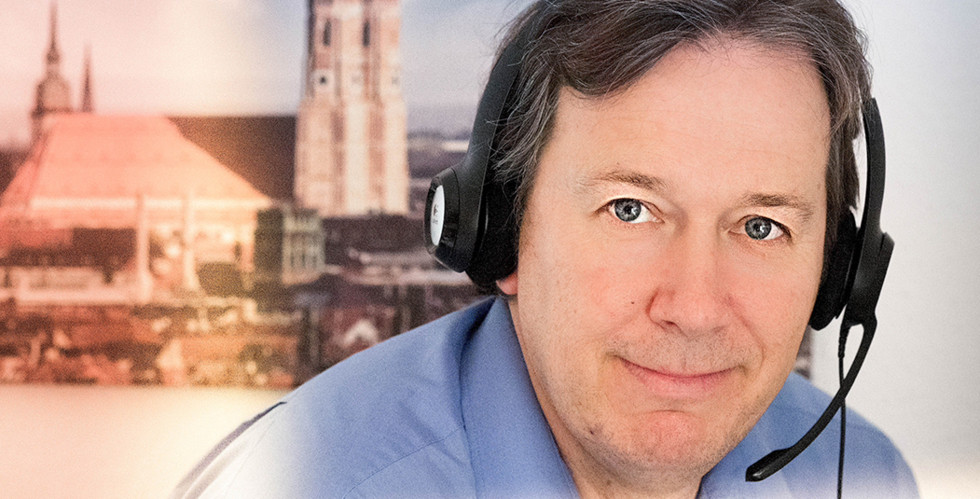 I was born in Devon in the very same year that World Cup holders England were knocked out of the competition by Germany in Mexico. And so began quite a few years of hurt and my "Lovell affair" with the Bundesliga and German football.

I first became aware of the Bavarian bandwagon that is Bayern Munich when I read that they beat my elder brother's team Leeds United in the 1975 European Cup Final. He remains not amused to this day. My sticker books from the eighties reveal a fascination for the magnificent permed haircuts of that era and the finest of them all, Kevin Keegan, starring in the Bundesliga for Hamburg (HSV).

After learning Russian intensively with the British British Royal Air Force, I was lucky enough to move to amazing Berlin, serving Queen and Country as a Russian linguist for almost six years, witnessing the fall of The Wall and German Reunification during turbulent game-changing Cold War times. A regular visitor to Tennis Borussia and Hertha BSC in the German Second Division, I particularly enjoyed getting lost in Berlin's historic Olympic Stadium, which had a huge 80,000 capacity, but a struggling capital-city side that often struggled to attract more than five thousand paying punters.

Allied troops finally had to say goodbye to Berlin in 1994 as part of the reunification process, so, after my time in the Royal Air Force (RAF), I retrained as a journalist, starting out on the Tavistock Times in Devon, the same newspaper that spawned Tony Blair's spin doctor Alastair Campbell. My dream job at that stage would definitely have been Plymouth Argyle correspondent, but life's rich tapestry (and a Fraulein) brought me back to Germany instead, specifically the Bavarian capital in 1997. Munich then boasted two top clubs in the top tier, 1860 Munich and, of course, the noisy neighbours Bayern Munich, while minnows Unterhaching, deeper into the suburbs, also sprang the odd surprise.

While gaining an extensive knowledge and background in finance, stockbroking and agricultural data research, over the years, I've become a Germanophile through gritted teeth - according to my now wife. From Beckenbauer to Beckham; Muller to Merkel; Ozil to Oktoberfest, I've covered them all during my two decades in Germany. I've been blessed to have attended some wonderful games too. Both of my two favourite moments at a German stadium were in front of Borussia Dortmund's famous "Yellow Wall" in 2013. Jurgen Klopp's "Fussball Bloody hell" moment with two goals in the final minute to turn the tide versus Malaga and just a few weeks later, Robert Lewandowski's four goals against Jose Mourinho's Real Madrid in the Champions League semi-finals. However, I blinked and almost missed Lewandowski's record five-goal blitz in nine minutes for his new club Bayern Munich against Wolfsburg in 2015.

In my spare time, besides my wonderful family, I also have a passion for cricket, which I have tried hard to satisfy in Germany. Munich Cricket Club's record run scorer, I co-founded the MCC Website and captained the club for many years. A qualified cricket coach and umpire, I've also done cricket commentary in German for Eurosport and had the honour of skippering Bayern against the other slightly more famous MCC (Marylebone Cricket Club) of Lords. I still enjoy spoiling a nice walk by playing some golf, although I am a trillion miles away from the four handicap of my very misspent youth.

Following Brexit, after two decades in Germany, I decided to take up German citizenship and will find it increasingly difficult to leave. But I promise to move back to England just as soon as "The Three Lions" win that elusive World Cup and/or Plymouth Argyle reach the Premier League. It surely will not be long now.... 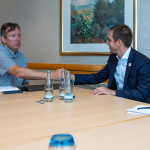 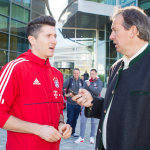 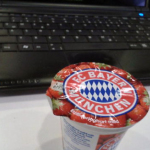 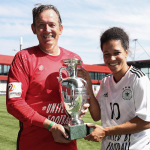 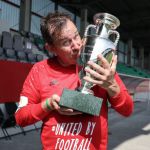 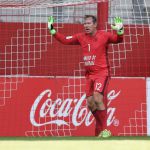 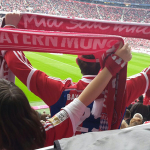 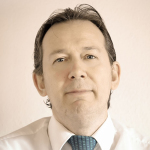 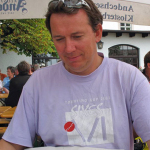 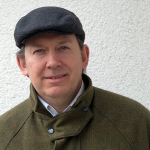 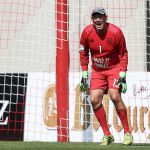 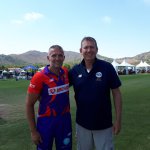